Department of Vehicle Dynamics was formed in 1966, by academician Mikheil Khvingia. Since 1987, He had been working as an academic secretary at the Georgian National Academy of Sciences, department of driving process and mechanical engineering, he was also a scientific consultant for the department of LePL RafielDvali Institute of Mechanics.

Mikheil Khvingia was a great organisator as well! During 1975-1993 years he organised conferences about vibro-technics and dynamics in which top scientists and specialists in the area, were taking part.

Led by Mr. Khvingia, lots of research had been done in the vibro technology, vehicle-dynamics, bio-mechanics. Noteworthy are the highly productive energy-saving vibrating machines operating on the subhamonic regime, which represented in his research papers, (monographs, scientific articles, inventions etc.)

Unfortunately, Mikheil Khvingia died in1994, at the age of 70.

At this moment, scientific research is in process in the vibro- technology area, problems concerning transport and technological system dynamics are being solved, as well as the tribology issues.

The academic staff of the department has received lots of patents for inventions; published about 20 monographs and booka, more than 200 scientific articles - for local and foreign magazines.

The Members of the department:

Scientist, Secretary of the Scientific Council

Employees of the department of dynamics of machines and work performed by them: 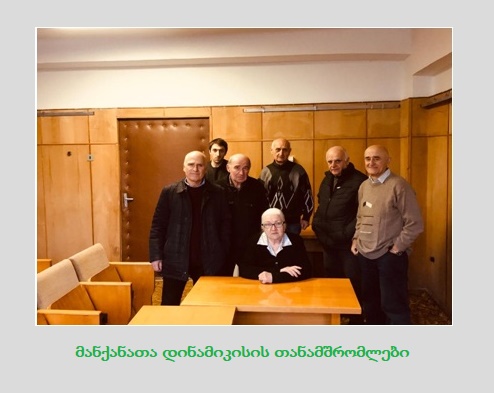